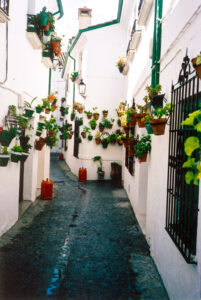 Engaged in my first virtual olive oil tasting yesterday.  We tasted five excellent extra virgin olive oils bfrom the region, taking in four different olive varieties plus a blend of three of them.  I knew all five oils well from many visits and tastings over the years and they did not disappoint. They all tasted really fresh and fragrant even though they were from the 2019/2020 harvest and so almost a year old.

We started with an Arbequina oil from Basilippo whose organic groves are set near to Seville in the west of the region.  I first visited the company in 2007 and tasted my very first ice cream made with olive oil.  Their Arbequina oil is always very delicate in flavour with lots of fresh apples in the aroma, just a touch of lemon and a hint of greenery.  It is ideal for using in sweet dishes like ice cream, almond cake and choux pastry.  It is also a good choice for dressing white fish and chicken dishes.

This is another organically produced olive oil, this time from Picudo olives grown in the Sierra Subetticas National Park region of Andalucia, near Cordoba.  It has an intense aroma of fresh apple skins and lemons, moving to much more herbaceous tones in the mouth.  Raw artichoke hearts and chicory vie with hedgerow aromas, giving a well balanced bitterness and pepper to the oil.  It is just the oil to give real character to a Gazpacho soup made from ripe tomatoes, red peppers and cucumber.  Fry stale bread croutons in the oil too. 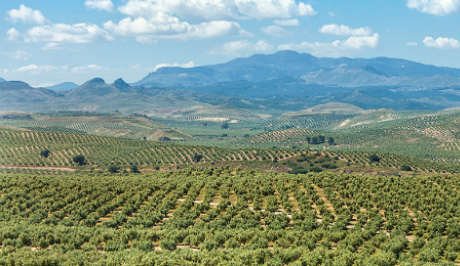 Moving further East into the region of Jaen, this robust oil is pressed from the local Picual variety.  I have known the Vano family for many years.  Rosa and her brother run the ancient family estate and have grown their olive oil business into a world-wide success.  The oils all have a real depth of flavour and this one is no exception with its mix of rocket, watercress and tobacco leaves, underpinned with tomatoes on the vine and green bananas.  This is one of the few award-winning extra virgin oils to find its way into the UK supermakets at prices which are reasonably affordable.  It is currently stocked in Waitose.  The range also includes a lighter but still full-flavoured Arbequina oil.

Back to the National Park near Cordoba for this first class oil i produced by the Virgin de Castello co-operative near Priorat de Cordoba. This is their flagship oil, pressed from early picked Hojiblanca olives.  All the groves that contribute to the co-operative are monitored throughout the year and the very best are chosen to provide the fruit used in this award-winning oil.  These will be the very first olives to be pressed in the mill, followed by olives from the other groves in descending order of quality. In this way the co-operative is able to optimise the revenue from the mill for all its 2,000 members.  My tasting notes for this complex oil take in mixed fruits, tomatoes and green bananas in the aromas.  Followed by deep tones of wet grass, rocket, watercress and culinary herbs like parsley and sage.  The oil is also extremely well balanced.  Memories of visits to the mill include an excellent lunch in the walled village of Priorat de Cordoba which is set on the hillside with extensive views across the olive groves. 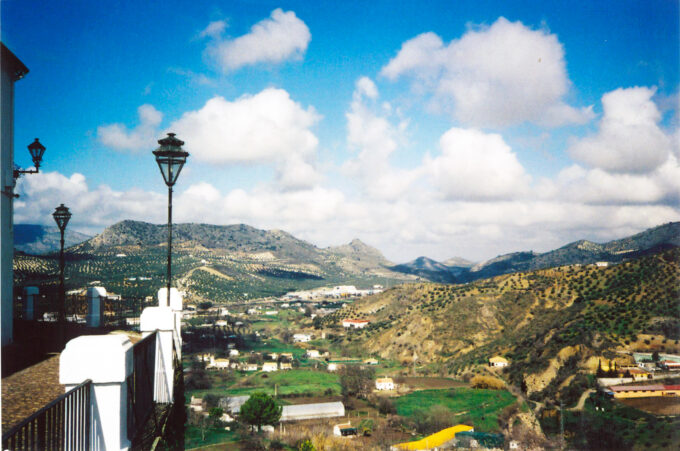 The family owned organic estate of Cortijo Suerto Alta is situated near to the town of Baena which is the centre of the denominated region of Baena and the oil carries the DOP seal on its label. The oil is a blend of Picudo, Picual and Hojiblanca olives.  The blend offers nuances of taste from each of the three varieties used to give another deeply complex oil.  It is mainly herbaceous in character but with fruity tones of tomatoes and figs and then some bitter almond skins, softening into quite a sweet after taste. This oil works well in a variety of culinary applications and makes a nice dipping oil too.