This is the third in my new series about websites selling extra virgin olive oils which are well worth seeking out.  My researches this month turned up The Artisan Olive Oil Company.  This is a relatively new company which was started in September 2016 at the Speciality food Fair in London by Yacine Amor.  Since then Yacine has been adding to his portfolio of oils at a great rate.  Yacine’s philosophy is to promote exceptional olive oils from small producers that present a unique sensory profile typical of their region.  Paolo Bonomelli’s boutique olive is a perfect illustration of what Yacine is looking for: unique oils, prepared with an extreme attention to details in an “olive nursery” with the ability for every bottle to trace back to the tree, time of harvesting and oil extraction.

Yacine’s grandfather was an olive oil farmer in Tunisia (which was the world’s biggest producer of olive oil in 2014/2015) and he transmitted his passion to the whole family. The family olive grove is now the place where the whole family gets together, enjoys a meal with kids and friends and connects with its origins. Yacine says that this is where his passion for olive oil started to develop.

Here is a round up of some of the oils on the site that I can heartily recommend:

Paolo Bonomelli’s boutique olive farm is located in Torri del Benaco, on the eastern shore of Lake Garda and it produces around 120 hectoliters a year from around 4,500 trees. He grows mainly local varieties, namely Drizzàr (also named Casaliva), Trep and Fort.  These award winning oils are delicate to medium in style and have a distinctive aroma and taste.

These two oils from the legendary Tuscan producer Giorgio Franci make a great duo with the robust but brilliantly well balanced Villa Magra and the ligher Franci Delecate. A combination to cover all culinary needs!

This is another first class Italian family producer, this time based in the Terra di Bari region of Puglia.  The oils are pressed from local Ogliarolo and Coratine olives which give deeply nutty flavour tones along with the dark herbaceous tones. 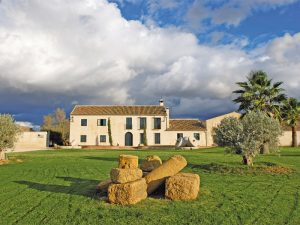 This organic and biodynamic farm is situated in the heart of Andalucia.  Here state of the art technological methods and the most recent research findings are used to ensure fine green aromas and a “fresh from the mill” taste.

This oil comes from the heartland of Spanish olive oil in Jaen.  Picual is the reigning olive variety here and this is one of the best examples.  The favour tones are complex and appealing with tomatoes on the vine among the very fruity flavours. 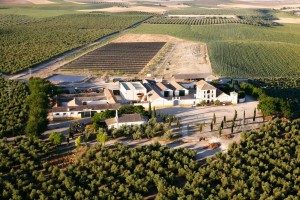 This is another family run producer with a long history. It is also a founding member of QvExtra, an association of international producers promoting the highest quality standards for extra virgin olive oils. The groves and mill are situated not far from Cordoba in centra Andalucia.

Domaine Fendri’s organic olive grove is located in Maknassy in the region of Sidi Bou Zid, the birthplace of the Tunisian olive oil “revolution” and a particularly dry and sunny part of Tunisia.  The local olive varieties here produce a medium style of oil with meadowsweet hay mixed with culinary herbs.

Previous Post: « Off the Shelf: January
Next Post: More reviews and testimonials for The Olive Oil Diet »