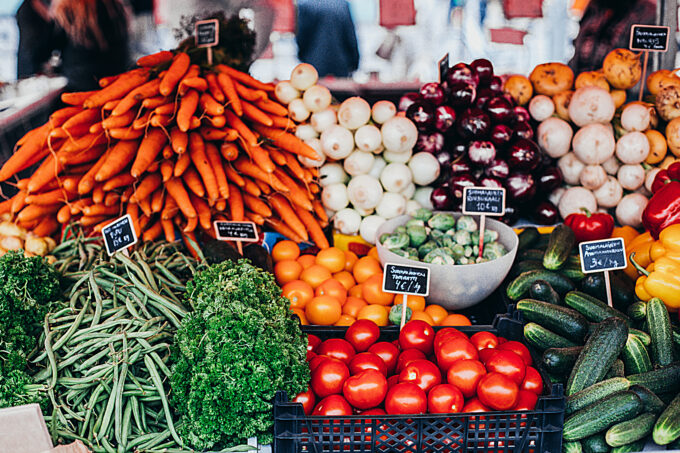 Spring is a great time of the year for vegetables; the restricted range of winter vegetables opens up and suddenly a whole host of new vegetables decorate the green grocer’s shelves.  I have chosen two of my favourite vegetables on which to concentrate this month. They are the quintessentially English watercress and asparagus.

Watercress can be grown all year round but it does not flourish in cold weather so it is good to see it back on the shops. In my opinion, watercress is best when it is picked young.  The stalks are short and the leaves fairly small.  These sprigs are delicious in all kinds of salads and make very pretty garnishes.  Unfortunately, growers are tending to let watercress grow for longer before harvesting.  Maybe they feel they are getting more money for their crop! The result may be stronger in flavour but the sprigs are quite large and ugly. However, they are still very good for you nutritionally so the answer may be to chop the watercress rather than using as sprigs and serve in cooked dishes as well as in cold cookery.

This delightfully fresh soup is versatile enough to serve at the start of a smart dinner or to eat while waiting for the barbecue to heat up.  Not only does it use watercress it also calls for spinach and young green tomatoes, both very much coming into their own at this time of the year.

Place all the vegetables in a blender with the apples and tomatoes and pulse at medium speed for a few minutes to puree.

Add the extra virgin oil, water and vinegar until you have a liquid soup. Season to taste.

Place in the fridge to chill for half an hour before serving or serve with ice cubes in the soup.

To prepare the garnish, brush the slice of white bread on both sides with olive oil and fry in a dry pan until crisp.  Cut into small cubes. Cut the tomatoes in half. Arrange the garnish ingredients in small bowls.

Serve the soup in good sized bowls and pass the garnishes round separately, along with some more extra virgin olive oil for good measure! 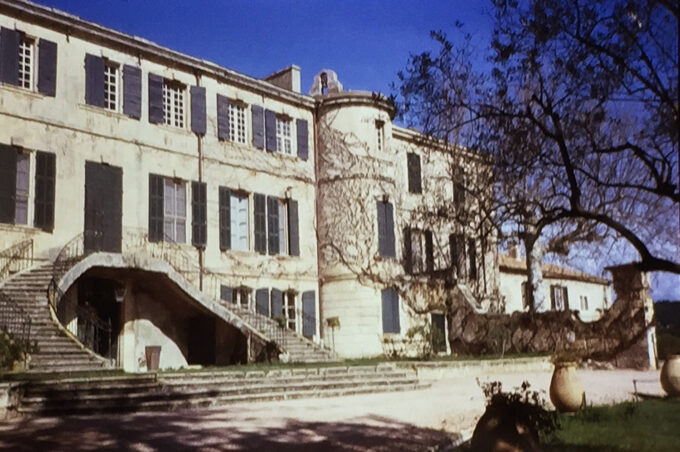 This tart makes a lovely lunch dish to greet the first sunny days of Spring. These quantities make sufficient for two people so you will need to make two tarts if you have four people for lunch.  Look for a fairly delicate oil such as those from the Vallee des Baux in the South of France.  Chateau Estoublon is one such estate.  It offers a choice of five single varietal oils – try the Picholine for this recipe.  Chateau Estoublon oils are available at http://www.edelices.co.uk/oils-vinegars/olive-oils.html

Brush the filo pastry sheets on both sides with the olive oil and stack on top of each other on a baking tray.

Mix the watercress, goat’s cheese. Parmesan and seasonings and spread over most of the pastry.  Arranged the sliced tomatoes in rows on the top. Season and drizzle with a little more extra virgin olive oil.

Pasta may be an Italian dish but it has become very much part of the British family cuisine.  Watercress makes a really flavourful sauce for any type of pasta shape.

Cook the pasta in plenty of salted boiling water until al dente or to your taste.

Finely chop the watercress and pistachio nuts and place in a blender with the olive oil. Process for a minute or so and add the Parmesan.  Pulse again.

Season to taste and mis with the pasta.  Serve at once.

Originally from the shores of the Mediterranean this luxury vegetable grows well in the UK, coming into full season towards the end of April and early May.  On the continent the practice is to grow the plant underground.  This results in completely white quite thick stalk.  Here in the UK thinner green stalks are preferred.

Warm Salad of Asparagus and Mangetout with Smoked Trout

This recipe comes from Jeffrey Benson and his wife, who produce the excellent Monte Castello Gold extra virgin olive oil from the olives grown on their farm near Lake Garda. The Bensons have worked hard to resurrect an ancient grove of local Casaliva trees, some of which were over a 100 years old.

Remove all the skin from the smoked trout and refrigerate for 10 minutes.

Place the garlic and onion in the base of a steamer with some water and bring to the boil.  Steam the asparagus over this fresh garlic and sweet onion infused water for about 6 minutes.  Add the mange tout and continue steaming until al dente.

Place the smoked trout in the center of a large serving plate, then delicately arrange the asparagus and snow peas over and around the fish.  Add some rocket leaves around the side.

Gently drizzle the olive oil over the whole dish at the last minute in front of the guests.

This recipe is also featured in my book Remarkable Recipes from the people who really know about extra virgin olive oil – the growers.

Steamed asparagus with butter in the traditional British manner is hard to beat but this way of serving asparagus is popular in Italy and makes a change.  To make into a more substantial meal top with a lightly fried egg.

Spread the asparagus spears on a grill tray and sprinkle with salt and pepper.  Brush with extra virgin olive oil and place under a hot grill.  Good for about 5 minutes, turn over and brush with more oil.  Continue grilling until the spears have reached your favourite degree of tenderness.  Arrange on hot serving plates and sprinkle with parmesan cheese and plenty of olive oil.  If you are adding the egg, fry gently while the asparagus is finishing cooking and add after sprinkling with cheese. 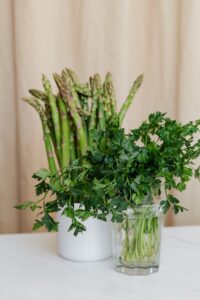 In this recipe I have moved away from Europe to Asia for my inspiration. Serve as a side salad in place of stir-fried vegetables or add some cooked or canned chick peas or slivers of cooked duck for a more substantial dish.

Adjust the quantity of ingredients to suit the numbers for which you are catering.

Cook the noodles as directed on the pack. Cool in cold running water and toss in a little sesame oil and olive oil.  Keep on one side.

Blanche the fennel.  Arrange the lettuce round the edge of a large oval plate and place the cold noodles in the center.  Dot with the prepared vegetables.

Mix the dressing and dilute with water to taste.  Make plenty.  Pour three quarters over the salad and serve the rest separately as the noodles just slurp up the sauce.  Finally sprinkle with a little more extra virgin olive oil.