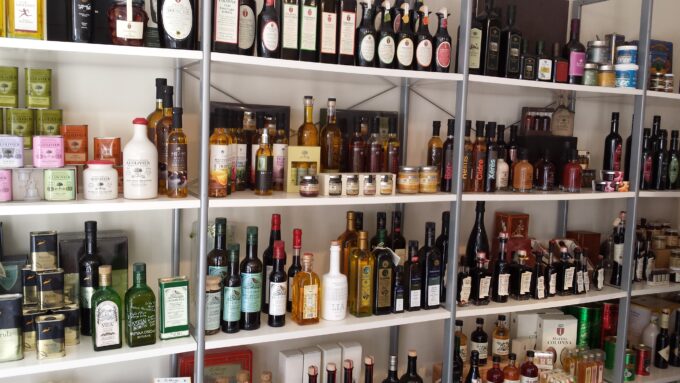 It is not just the English/northern Irish border that is experiencing delivery problems due to Brexit as I am finding out.  It is also currently quite a serious problem for small importers bringing in premium products from the EU.  So, if like me, you are keen on food from small artisan producers rather than from large mass production units you may have to be a little patient while Brexit teething troubles are sorted.  Part of the answer is, of course, to buy locally wherever possible and to seek out UK produced items rather than those from foreign producers.  But this is no use if the food you want cannot be produced in the UK and extra virgin olive oil is certainly one of these.

In the last three weeks I have heard from a number of small importers who are finding things not only very slow and frustrating but also expensive and this can only impact on their markets in the UK.  My first intimation of problems came from Mark Dyer who imports his Gay Farmer premium oil from Soler Romero near Jaen in southern Spain.  A small sample package was stopped at the border with no explanation and it transpired that it might incur a charge of around £30.00.  Small samples going the other way also incurred import charges.  Yet, he told me, he can send any amount to the USA with no extra charges.  This is all something that Mark is currently investigating further.

The following week I heard from Martin Kirby, who sends his Mother’s Garden extra virgin olive oil to the UK from Catalonia in northern Spain, that he had just been informed that his carrier had suspended deliveries to and from Spain for two weeks due to serious confusion over paperwork and the use of import and export agents at each end.  Martin had thought he was ahead of the game having set up a new company in the UK to receive imports and deal with the extra costs but the actuality is proving much more difficult than expected.   Chris Stewart at Taste Croatia is also experiencing delays and difficulties in bringing in oils from Croatia.

Today I spoke to Charles Carey, aka the Oil Merchant, who is one of the largest independent importers of premium olive oils. He tries to use his carriers as his agents at each end on the basis that they have a vested interest in moving produce quickly and safely but even so he too is experiencing difficulties of various kinds.  One shipment of Marques de Valdueza oil sent before Christmas only arrived in the UK last week.

I will continue to monitor progress but in the short term, for the customer, forbearance is the name of the game.