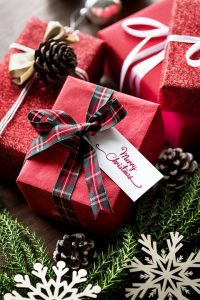 Olive oil for Christmas has two meanings – in the food and among the presents. Of course olive oil will be in full use in my kitchen this Christmas, but here I want to talk about extra virgin olive oil as a Christmas present.  Lots of my friends and family enjoy first class olive oil but they do not always want to pay the higher cost that the best olive oils command so a present of such an oil is usually very welcome.

To be sure of the very best olive oil at this time of the year it must be the new season oil from the 2017 harvest which is still going on.  It is not always easy to find new season oil so early in the season but they are out there.   To find them you will probably have to go to specialist shops or buy on line.  The latter is quite a good solution as it will usually be possible to have the oil sent directly to your recipient, saving you the problem of packaging and delivery.

Here are my suggestions for this Christmas

My first suggestion is New Season Lunaio from the Monte Amiata region of southern Tuscany.  This excellent oil used to be called Seggiano but this name is now reserved for DOP oils from that village.  The new name was chosen by the Harrison family of Peregrine Trading, importers of the oil, because in this region each of the small villages has a nickname and that for Seggiano is “Lunaio”.  The thinking was that if they could no longer use the village name it was natural to adopt the village nickname – “still linking us with the region and its traditions”. 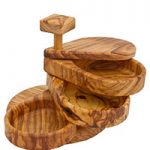 The oil is pressed.from the Olivastra olives which flourish in this part of Tuscany.  It is full of flavour but not as aggressive as some of the oils from further north in the province. You can find all these on the Seggiano website and at many top-end grocery stores across the UK.  An even better idea is to team up the oil with one of the lovely Seggiano olive wood products.  Look on line or in store.

Another early harvest oil already on sale comes from Disisa, the Di Lorenzo family farm in north western Sicily.  The farm grows two varieties of olives, Nocellara del Belice and Cerasuola, but the early harvest oil is pressed solely from Cerasuola olives which are harvested in October when the olives are still small and green.  As a result the oil packs bit more of a punch than the regular oils, great for serving with a winter salad of watercress and mixed leaves.  You can find this oil on line here. 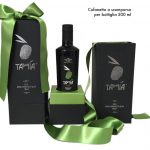 The mail order service at The Oil Merchant currently has three more excellent Italian early harvest  oils on offer.  They are Frescabaldi Laudemio from Tuscany, Ravida Old Grove and Nocellara del Belice from Sicily and Tamia from Lazio.  The latter comes in an attractive pack which makes it a good choice for a present.

If a hamper is more your style, you can make up your own mix of products from Terre di San Vito in Puglia.  Here the De Vapoli family produce extra virgin olive oil, artichokes packed in olive oil, wine and the unusual carrot marmalade.  To make up a hamper go on on line here and start your order.  As soon as the basket reaches £100, enter HAM into the discount code slot and it will be packed as a hamper for you.

If you prefer a Spanish style of olive oil, the Oil Merchant also offers Primera Early harvest from Vea.  This producer is based in Lerida in Catalonia and the oils are pressed from the local Arbequina olives.   This oil is also on sale at Delilah Fine Food in Birmingham and Leicester and at Granthams in alderley Edge, who are offering it for tasting at their annual fair on Sunday 3rd December. 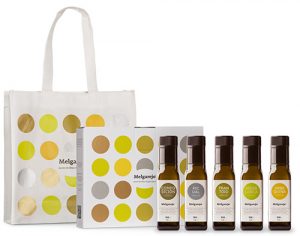 Another fun present is the Pack de Luxe from Melgarejo.  This family company is based in the Jaen region of Andalucia.  The predominant olive variety here is Picual but the Melgarejo de Luxe pack offers a great tasting experience with oils pressed not only from Picual but also from other Spanish varieties including Hojiblanca and Arbequina as well as the Italian variety Frantoio.   There is certainly an oil here for every culinary application.  Buy on line or send an email to  info@aceites-melgarejo.com 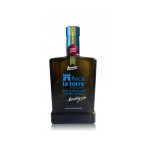 Finca La Torre has again been declared the best extra virgin olive oil in Spain and the good news is that the new 2017 season oil is now sale from Mardeolivos.  This great oil has wonderfully complex flavour tones with mixed culinary herbs, tomatoes on the vine, tropical fruits and much more.

Turning now to Greece; there have been some problems with the 2018 harvest in both Crete and the Greek mainland but the award winning Terra Creta company have again produced an early harvest oil from the local Koroneiki olives with pleny of spicey flavours.  It should on sale shortly from Fratelli Greci who have a shop in Seymour Place, near Marble Arch in London.   You can also order on line here